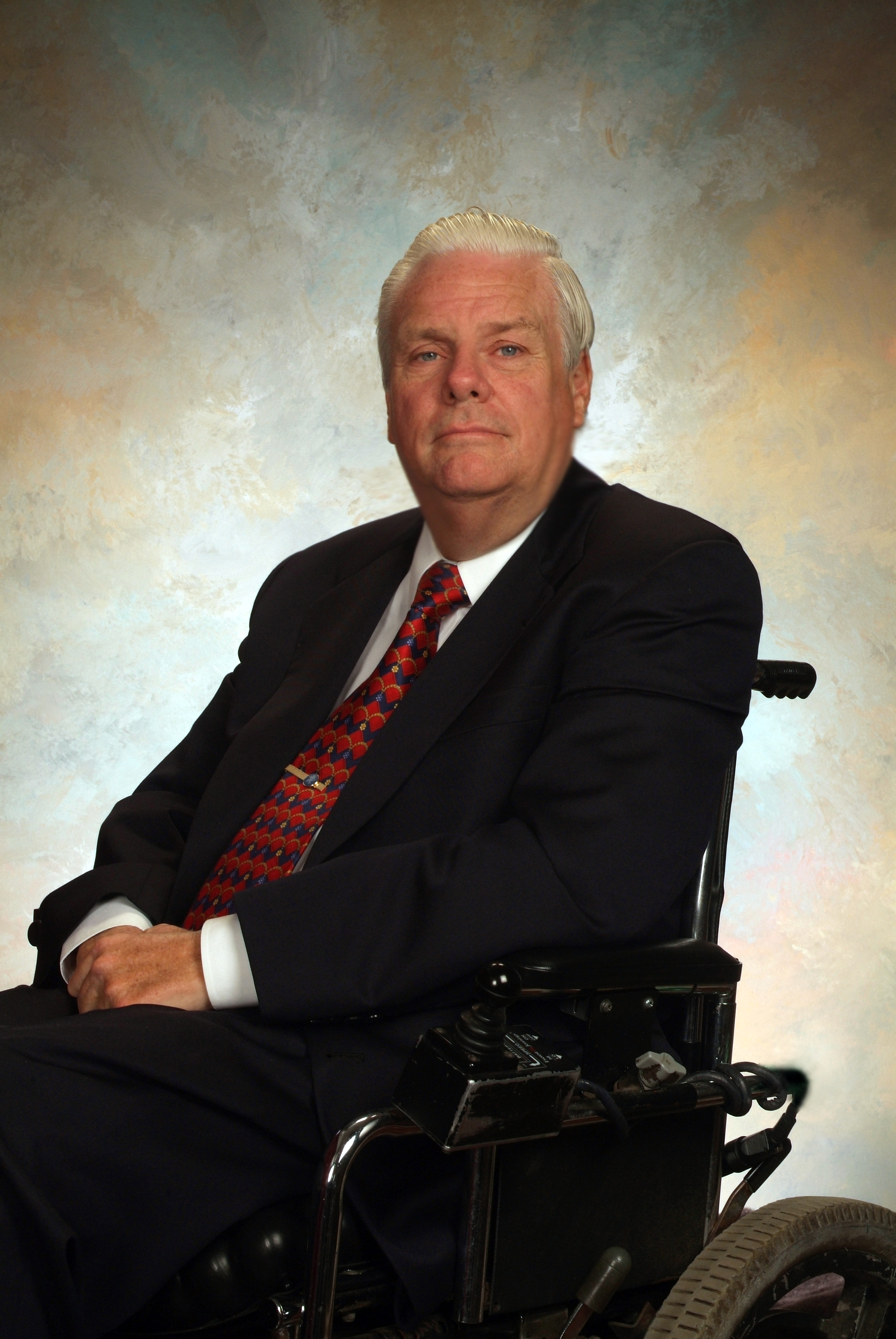 Michael R. Dressler was born on August 2, 1952 at Holy Name Hospital in Teaneck, New Jersey to Margaret and Raymond Dressler of Palisades Park, New Jersey. After the family moved to Cresskill in 1955, where Michael still resides today, his younger brother Raymond William Dressler was born.

A mere recital of a personal history seems inadequate when detailing the life of Michael R. Dressler, Bergen County Surrogate. His story, bordered by tragedy and triumph, is propelled by courage, tenacity and dedication.

In June of 1970, with high school graduation only days away, Mike and classmates from Cresskill High School after their senior prom celebrated with a trip to Seaside Park at the Jersey Shore. The summer temperature was soaring; the ocean inviting. Mike decided to take a swim. He dove into the surf into what he thought was ten (10) feet of water. He was wrong. The murky ocean camouflaged a sand bar lying a mere two (2) feet below the surface. Mike hit the sandbar solidly, shattering cervical vertebrae. He was pulled out of the ocean unable to move. Mike was rushed to the hospital. Last rites were administered and his parents were told he would not survive the night. Exhibiting characteristics that would punctuate his life, Mike refused to die.

He underwent grueling physical therapy at Bergen Pines Hospital (now Bergen Regional Medical Center) for nearly two (2) years. In 1972 he was sent home, with doctors assuring him and his family that he would be permanently paralyzed, never able to leave his bed. Mike refused to let mere medical science narrow his world or define his future. With family, friends and neighbors from Cresskill rallying to his side, ramps were built and doorways were widened to accommodate a wheelchair. Mike escaped the darkness. He purchased a customized van and relearned to drive. He went back to school receiving an Associates Degree from Bergen Community College in 1974. He continued his education at Fairleigh Dickinson University graduating in 1976. In 1979 Mike received his law degree from Seton Hall University Law School.

At home in Cresskill, the town doctors told Mike he could never leave. He was elected Councilman in 1974. In 1983 at age 31 Mike was elected mayor of Cresskill. The same year the Board of Freeholders of Bergen County appointed Mike counsel to the County of Bergen. He was the youngest person ever appointed to that position. Following years in private practice, Mike, in 1991, was appointed counsel to the N.J. Sports and Exposition Authority. In 1996 Mike Dressler decided to again enter the arena of public service. He entered the countywide contest for Bergen County Surrogate. His campaign propelled by knowledge, experience, spirit and a motorized wheelchair took him to the municipalities comprising Bergen County. On November 5, 1996, the people of Bergen County responded. Mike received over 154,000 votes gaining victory. On January 1, 1997, Michael Dressler began a 5-year term as Surrogate of Bergen County. His first term as Surrogate vividly highlights a public service philosophy that combines innovative community service with reasoned fiscal responsibility. Mike has established and expanded programs that directly assist those involved with Surrogate Court issues.

During his first term, Surrogate Dressler created the first Guardianship Monitoring Program in Bergen County, utilizing volunteers recruited with the help of the AARP who would monitor the work of the Court appointed guardians making sure they care for the frail and elderly as they promised they would. This is now a state-wide program. Here are some remarks that were made in 2012 and entered into the Congressional Record Vol. 158, No. 17 by former US Congressman Steven R. Rothman, honoring Surrogate Michael R. Dressler addressing that specific fact.

Surrogate Dressler continues to serve as an advocate of education, promoting awareness of the probate process through his continued tour and through the publication of a comprehensive booklet entitled “How to Probate a Last Will & Testament in Bergen County,” now available to all Bergen County residents in English, Spanish and Korean. Mike Dressler has shown that the duties and responsibilities of the Surrogate Court Judge extend beyond the walls of his own office in Hackensack. As a means of bringing government to the people, in 1999 the Surrogate initiated Bergen County’s first Surrogate’s Court Satellite Program, operated without additional taxpayer cost.

The goal of the program is to make the services of the Surrogate’s Court as accessible to the people of Bergen County. In order to meet one of our clerks at a Satellite Office, a resident must FIRST contact the court to notify the court of their interest in this program. Only then will that person be able to schedule an appointment to meet a clerk at one of eleven strategically placed satellite locations below:

Michael R. Dressler spearheaded the migration of the Bergen County Surrogate’s Court’s formserver that produces all documents from letters testamentary to judgments on probate from a simple unix system to a Microsoft environment in 1999 and then again to a virtual, County server in 2019. He authorized the adoption of a program called the Surrogate’s Office Management System (SOMS) in 1999 and the overhaul of that program in 2019 by Foveonics Imaging Technologies. Michael R. Dressler has authorized the provider to image-enable the SOMS software by providing an interface for scanning new cases and a viewer interface to display imaged cases.

Having previously preserved and digitized Surrogate’s Court Records dating from 1901 through 1962 and 1963 to 1994, Michael R. Dressler, along with his Deputy Sharon A. Borys and Special Deputy Thomas A. Brown (2012-2019) are responsible for the preservation and digitization of some of Bergen County's oldest, most critical records dating from 1714-1900 (these records include a small assortment of earlier records from the 1600’s). 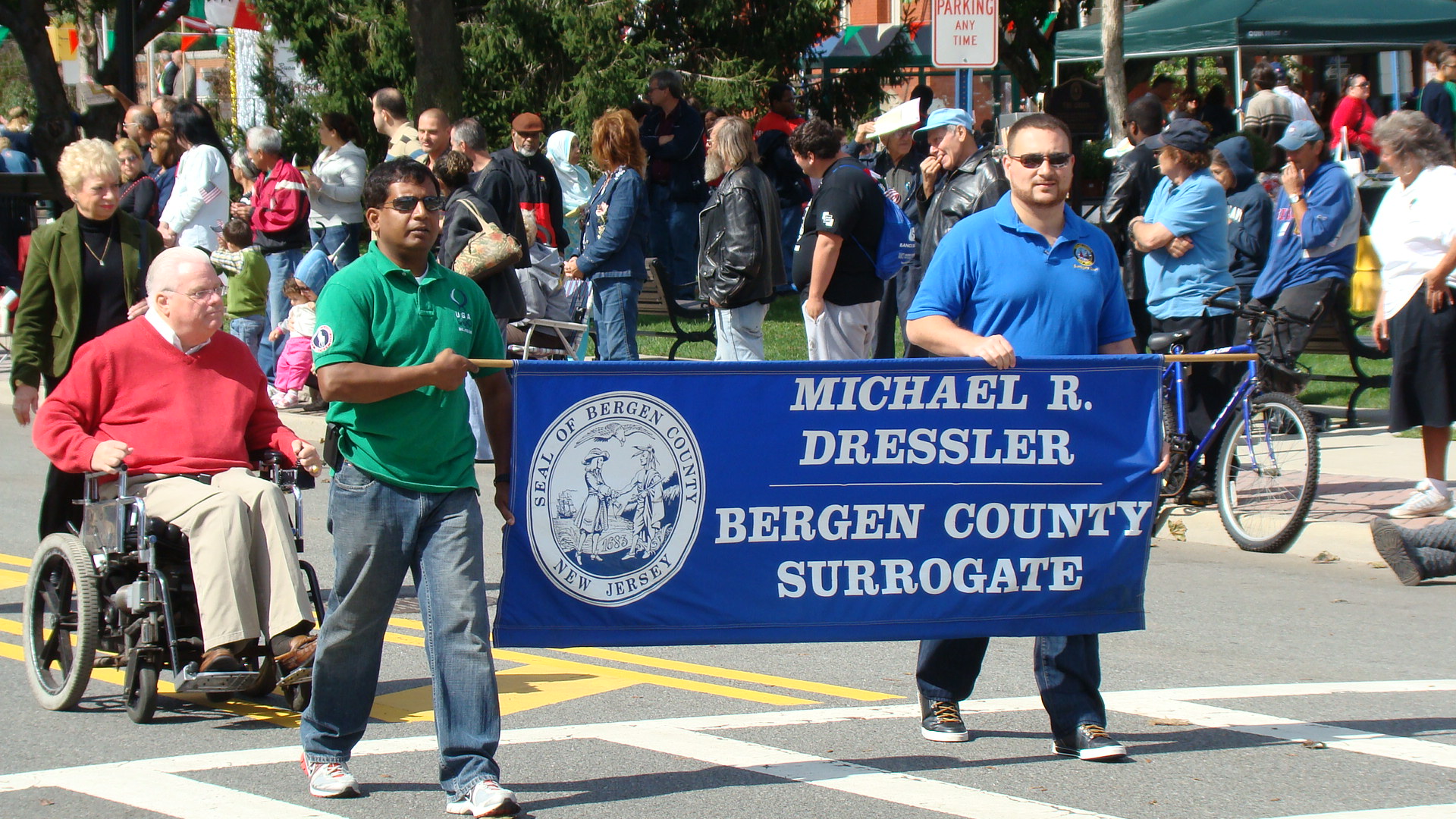 The Surrogate’s Court maintains an intermingled account on behalf of minor children, who have received money damages through Superior Court or through an inheritance; and at present that intermingled account is comprised of some multi-million dollars held on behalf of those minor children to be released to them when they reach the age of eighteen. Further, Surrogate Dressler has worked hard to ensure the highest rate of return of any of the twenty one counties in New Jersey for many years.

Throughout his tenure as Surrogate, the Surrogate has embarked on an unprecedented speaking tour covering every town in Bergen County addressing civic groups and service organizations informing people about the importance of Last Wills & Testaments, administering of estates, guardianships of minors and incapacitated adults, adoptions, living wills and estate planning.

This free, government program has reached over 60,000 Bergen County residents to raise awareness about probate and to make them aware of the services that are available to them at the Surrogate's Court. The presentation typically lasts 20 minutes, after which the Surrogate allows time for questions.

In 2015, Michael R. Dressler worked with Cresskill's Mayor Benedict Romeo and former Bergen County Executive William Schuber to honor Port Authority Police officers Sgt. John Coughlin and Officer John Cortazzo, both residents of Cresskill, who died as a result of the attack on the World Trade Center on Sept. 11, 2001 by helping to bring home one of the last pieces of World Trade Center Steel. Artifact #K-0008, as it is has been cataloged, was one of the last remaining pieces of World Trade Center Steel to be released by the Port Authority and transferred to any organization building a memorial. This artifact is a steel beam from the B2 area of the parking complex under the World Trade Center, which was also the location of the 1993 World Trade Center Bombing where on February 26, 1993. The beam is 48 inches tall and 48 inches wide. You may wish to read about more about this story here: Bergen County Town Receives 9-11 Steel Beam Today.